Chile has signed Free Trade Agreements (FTAs) with several important economies, notably the European Union, the United States, China, and South Korea and has been a member of the Pacific Alliance since 2012 with Mexico, Colombia, and Peru. Its comparative economic advantages (revenue from mining, competitive and counter-seasonal agriculture sector) have given it access to the large markets of North America, Europe, and the Asia-Pacific (and recently to other South American countries, especially Brazil). 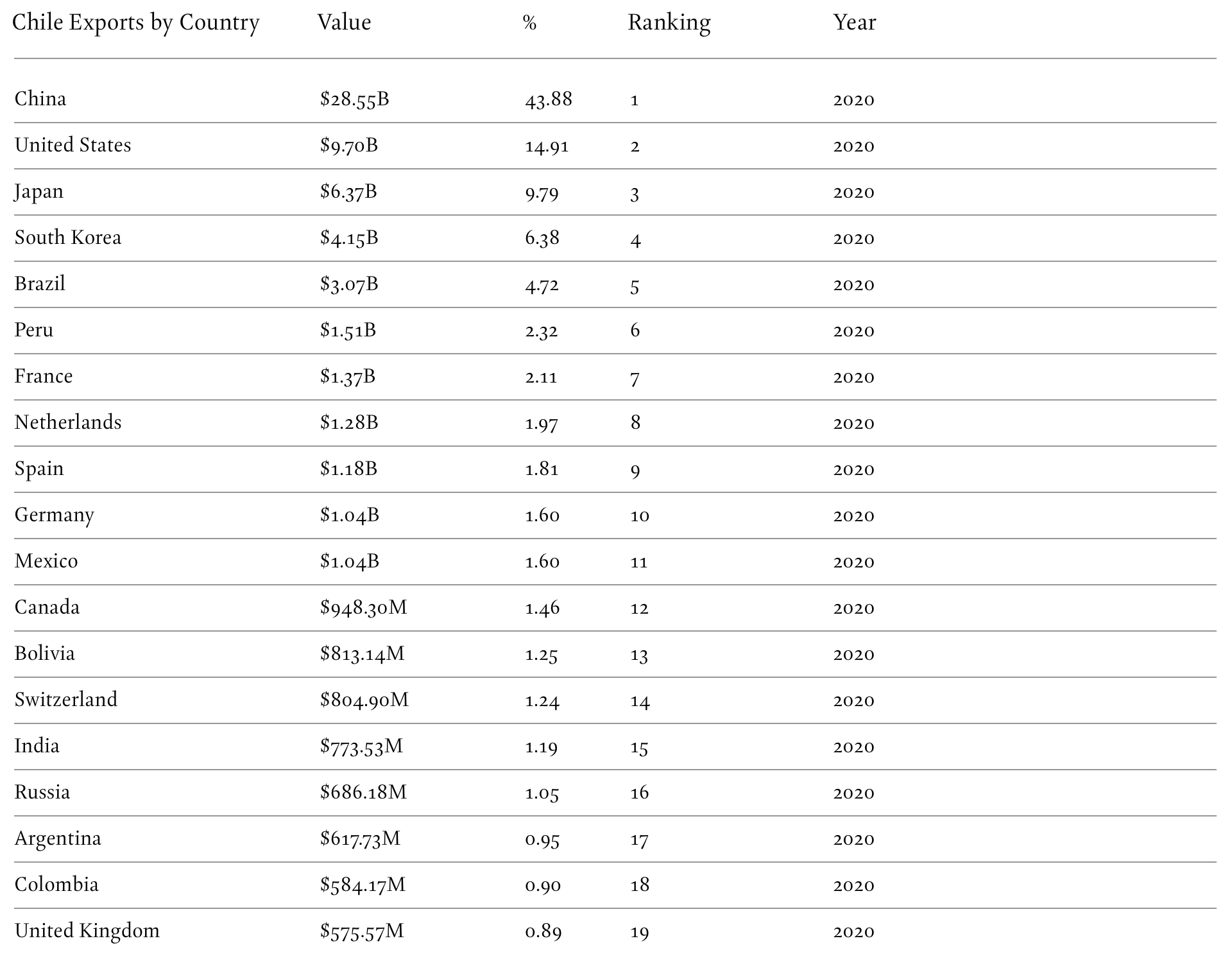 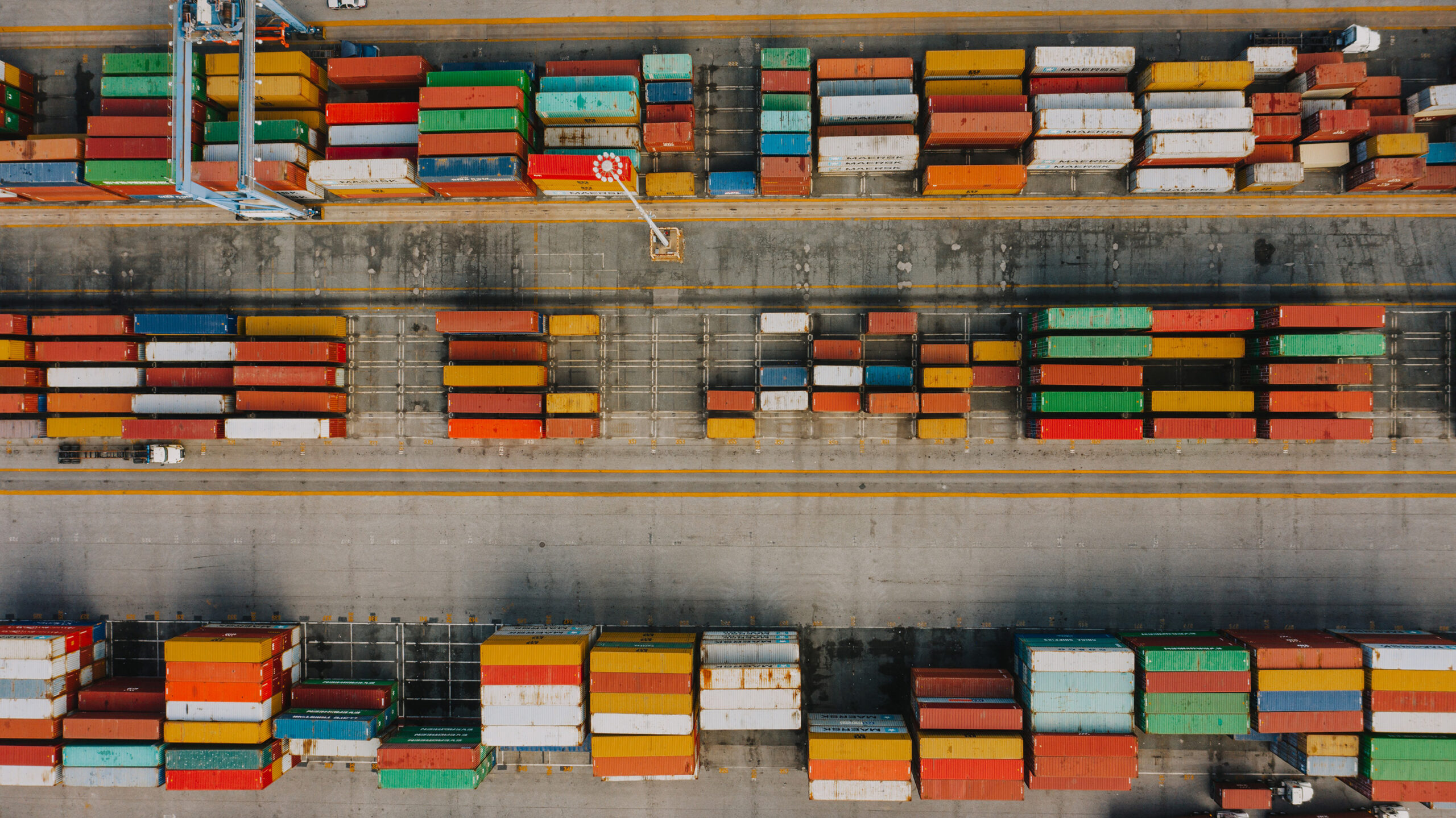 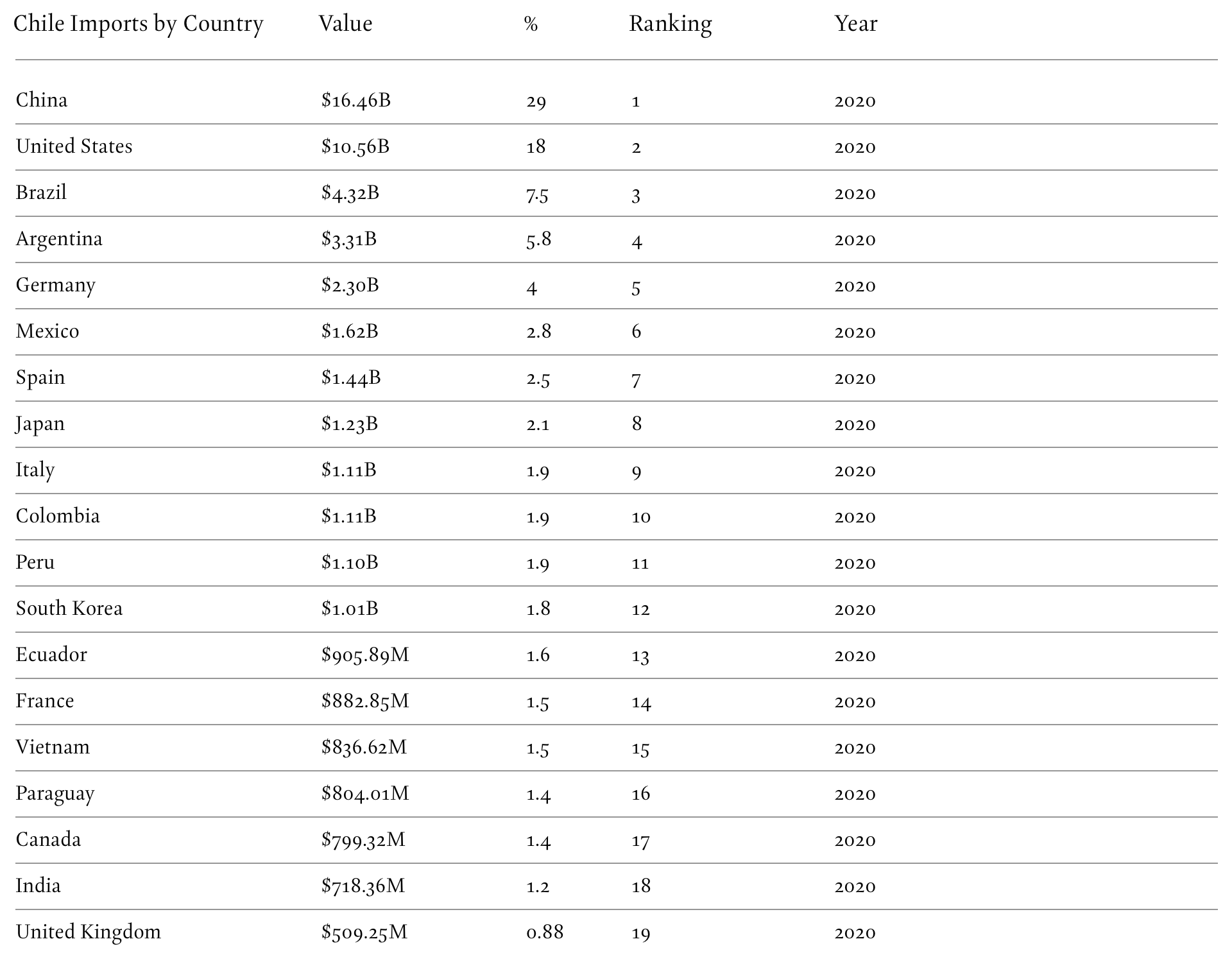 Covid-19 is still affecting trade worldwide. The IMF’s platform provides the latest updates regarding the economic responses of each country; these can be seen at IMF’s policy tracking platform Policy Responses to COVID-19. 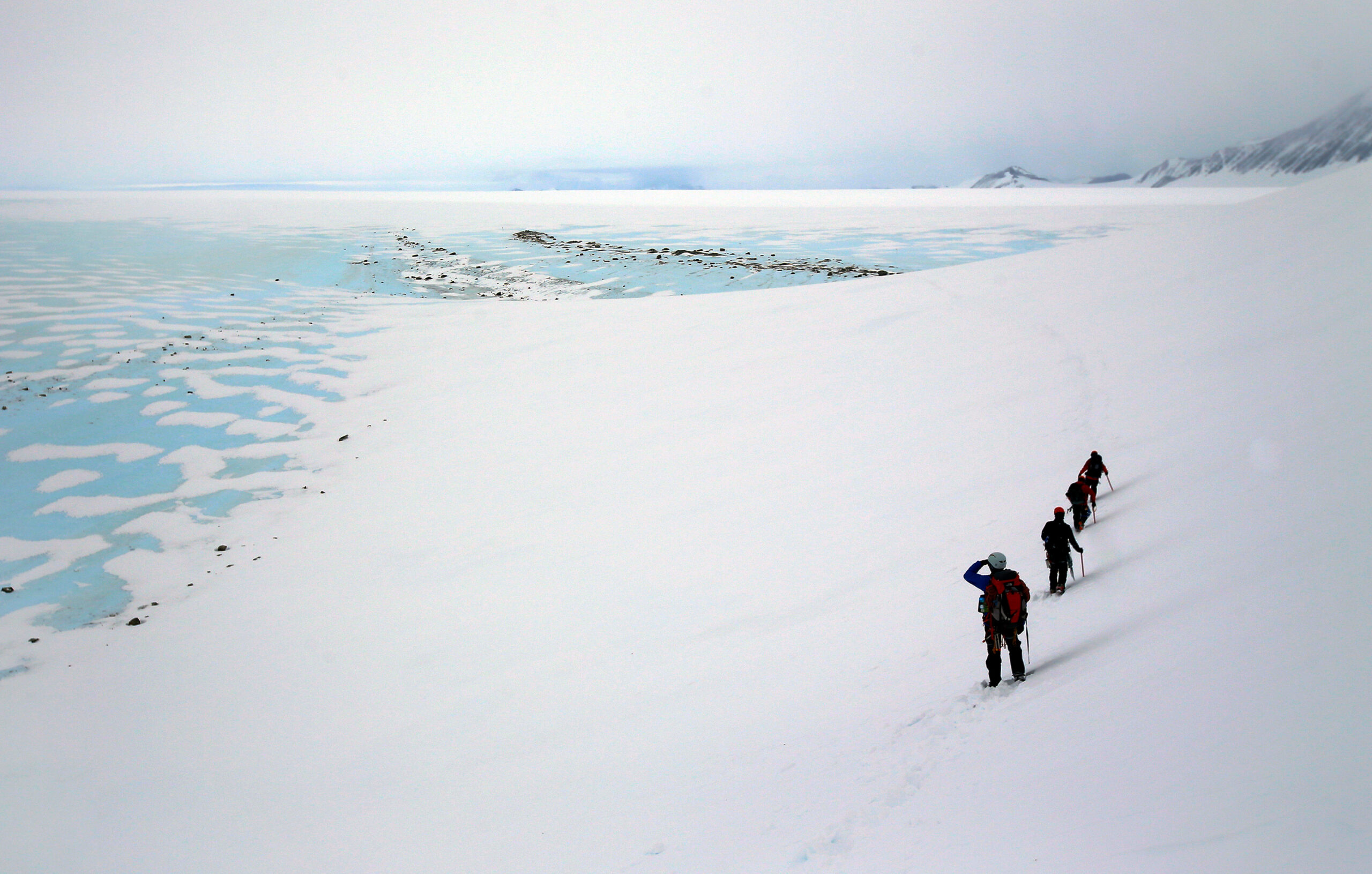